SoCal Flow Program Committee is honored to host these distinguished faculty for the scientific program presentations. 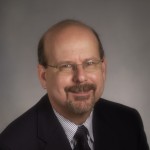 Translational science is a field of investigation focused on understanding and turning observations in the laboratory or clinic into interventions that improve the health, including diagnostic testing, novel therapies, medical procedures, and behavioral modifications. Flow cytometry can play a pivotal role in many aspects of translational medicine and can be crucial in discovering or validating new biomarkers or therapies. In the context of ongoing work at NIH, I will present three examples of flow cytometry in translational medicine, with each vignette describing a separate, but ultimately inter-related, endeavor. In the first scenario, an observation was made during the analysis of circulating endothelial cells that a small proportion of lymphocytes in the peripheral circulation of healthy donors also stained for CD146, the putative endothelial marker. Subsequent detailed studies of CD146+ cells revealed that this was not an artifact but rather this staining identified a population of highly pro-inflammatory, Th17-like cells with enhanced abilities to bind to, and cross endothelial monolayers. These cells are increased in a number of autoimmune diseases and have been demonstrated to be predominant populations in psoriasis and rheumatoid arthritis and may prove to be a target for therapy in these diseases. In the second scenario, while there is a strong tendency to study a given population of cells in specific diseases, as described above, it is being increasing appreciated that the components of the immune system are inter-related and act in a coherent manner; and therefore must be studied in a more holistic manner. To this end, CD146, from the first vignette, was incorporated into a comprehensive leukocyte immunophenotyping panel (CLIP) consisting of fourteen fifteen color tubes. The CLIP panel is designed to simultaneously provide a broad and deep phenotyping profile of the immune system in healthy and disease. Current protocols are ongoing using this panel to study a variety of diseases. This comprehensive CLIP panel is quite useful in identifying and examining new cellular phenotypes in the context of numerous other leukocyte populations, however this endeavor is constrained by the primarily manual methods of data analysis that are currently performed. In the third scenario, bioinformatic approaches are being evaluated using the data from the CLIP panel as well as genomic and clinical data to better understand the relevance of the CLIP data and the role of the phenotypes in system immunology. The ultimate goal of this approach is to develop an integrative approach for understanding and using data from various platforms for the better understanding of human health and disease. 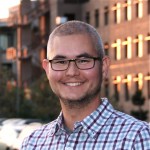 All blood cells, including those of the immune system, are generated from hematopoietic stem cells (HSCs).  As such, HSCs possess incredible regenerative potential.  However, Efforts to generate therapeutic HSCs from pluripotent stem cell lines have largely been unsuccessful, in part due to our incomplete understanding of (and inability to replicate in culture) the natural pathway by which HSCs emerge during embryonic development.  We have discovered a marker, CD11a, which allows for the purification of adult HSCs as well as an embryonic population that may be a precursor to HSCs in the embryo.  We have performed functional characterization and lineage-tracing analyses to confirm in vivo that this population can give rise to adult HSCs, and to identify its site of origin within the developing embryo.  Our data suggest we have identified the embryonic cell type that gives rise to HSCs, allowing us to dissect the molecular events that lead to the generation of the first HSCs in development. 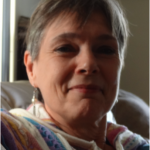 Many monoclonal antibody-based therapies for cancer depend on the presence of functional effector cells such as macrophages or natural killer (NK) cells for activity. However, because precursor B-lineage acute lymphoblastic leukemia (pre-B ALL) skews normal hematopoietic development, patients have immune cell deficiencies. Also chemotherapy can further reduce normal immune cell function. This could present a problem if monoclonal antibodies that stimulate antibody-mediated cellular cytotoxicity (ADCC) would be used for treatment of pre-B ALL. We therefore first used FACS to determine if pre-B ALL patient samples at diagnosis, post-induction and relapse contain detectable numbers of CD56+ cells. We then co-cultured whole bone marrow and peripheral blood samples from patients at various stages of treatment with artificial antigen-presenting K562 clone 9.mbIL-21 cells. We were able to selectively expand CD56+ immune effector cells from such samples. Since cell numbers were limited, we made use of flow cytometry to characterize the phenotype and activity of the outgrowing cells. Expanded CD56+, CD3- NK cells showed increased expression of the activating NK cell receptors NKG2D and NKp46, and had high levels of CD16. We measured CD107a surface expression as a widely used, validated readout for functional NK cell activity. Intracellular IFNg was also assessed using flow cytometry on permeabilized cells. Amplified CD56+CD3- cells had spontaneous and anti-BAFF-R mAb-stimulated ADCC activity against autologous ALL cells, which could be further enhanced by IL15. Importantly, matched CD56+ effector cells also killed autologous ALL cells grown out from leukemia samples of the same patient, through both spontaneous as well as antibody-dependent cellular cytotoxicity. Expanded NK cells could be used in future applications to eradicate so-called minimal residual disease in the bone marrow of pre-B ALL patients. Therefore we also initiated experiments to model this complex environment ex vivo. Results of experiments in which we used flow cytometry to track expanded NK cells, pre-B ALL cells and stromal cells in a three-cell type co-culture system will be discussed. 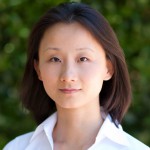 Hematopoietic stem cells (HSCs) sustain the blood and immune systems through a complex differentiation process. While this process has been extensively characterized at the population level, little is known about the lineage commitment of individual HSCs. In particular, how these stem cells, few in number and residing in different bones, are coordinated in regenerating a common blood pool remains an unsolved question. To address this question, we have recently developed a single cell tracking system using genetic barcodes and high-throughput sequencing. This experimental system provides the first single cell perspective of in vivo HSC differentiation. We show that individual HSCs follow distinct and mutually compensating lineage commitment paths that diverge at defined differentiation stages and lead to the production of distinct quantities and varieties of blood cells. In preconditioned mice used in virtually all HSC studies, a small subset of HSCs produces the majority of blood cells. Moreover, individual HSCs differentially contribute to various types of blood cells. Conversely, when mice are not conditioned, all HSCs uniformly differentiate and equally contribute to measured blood lineages. This surprising contrast, along with other findings that I will present, is unexpected and unobtainable from conventional studies. Our results demonstrate the compelling synergy between systems biology and single cell analysis, and provide a new approach to studying stem cells and tissue regeneration at a refined resolution. 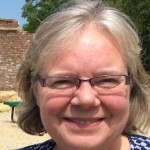 Microvesicles (MV) have emerged as important inter-cellular communicators. These microparticles are membranous vesicles which may contain RNA, DNA and/or proteins, and may also express cell surface antigens.  Biological signals communicated by MV have been implicated in many disease processes. There are efforts to harness MV as therapeutic vectors to deliver drugs to target cells or as a biological adjuvant.  The size of these particles, ranging from 0.05-1 micron, is below the usual sensitivity of a commercially available flow cytometer. This has stimulated the flow cytometry community to devise methods to analyze and quantify their uptake in various cell types.  Several projects at our institution have a component that includes analysis of MV. In an effort to assist in the analysis, the Core Facility began analysis of these particles using flow cytometric approach, but was not successful. However, the Amnis ImageStream imaging flow cytometer has sufficient sensitivity to detect very small fluorescently labeled particles. After establishing the detection sensitivity for fluorescence and size, we determined that the MV could be detected if the membrane was fluorescently labeled. We established and standardized a protocol that permits the quantitation of labeled MV in suspension. We then measured the uptake of MV by tumor cells. Labeled MV were cultured with tumor cells lines, and the uptake of the MV was analyzed. The internalized MV were quantitated, both by the change in fluorescence and the spot count difference. Storage of these labeled MV in various conditions did not affect the uptake of the exosomes. However, the uptake of MV was inhibited when target cells were incubated at 4o C.  MV were then cultured with several different uroepithelial cell lines to determine if the assay is able to detect differences in MV uptake.  In another case, we determined the uptake of exosomes from serum of control or head and neck cancer patients by subsets of peripheral blood mononuclear cells (PMBC). PBMC were cultured in the presence of exosomes for a variety of time points. PBMC were subsequently stained for subsets (T cells, B cells, NK cells, Monocytes and dendritic cells) and exosome uptake was determined for each subset. In monocytes and dendritic cells, the change in fluorescence was significant, and spot counts were possible. In non-phagocytic lineages, spot formation could not be determined. However, there was a change in the fluorescence of these cells, indicating that there was a small uptake of exosomes. In another project, MV were derived from GFP-expressing cells constructed with SP15 viral protein that directs GFP to the cell surface. These GFP positive MV were incubated with microspheres coated with fluorescence labeled antibodies to specific MV antigens, and analyzed by image flow cytometry. 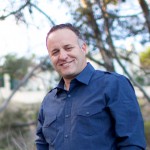 The ability to run high content phenotypic screens provides many advantages in drug discovery. Phenotypic screens can be run without prior understanding of the target and with primary cells that closely mimic the therapeutic setting. An additional advantage is that phenotypic screens often enable multiple parameters that can be read from a single experiment. The disadvantage of running high content phenotypic screens is that these assays tend to be slow, expensive, and limited by the throughput of readers available for high throughput screening. The use of automation and miniaturization into 1536 well plates can both increase the throughput and decrease the cost significantly. However, the industry is still plagued by relatively low throughput high content readers. While high content is often synonymous with imaging, here we demonstrate the capabilities of using flow cytometry in a true high throughput manner. We have developed a fully automated flow cytometry sampling workflow that is compatible with 1536 or 384 well plates. Progressive high-content screening systems have been demonstrated to process up to 50,000 wells/day on a routine basis with screening campaigns into the millions of wells, but this has been limited to adherent cells. We will describe an industry first automated screening system dedicated to processing and reading suspension cells using flow cytometry. The custom samplers are fully integrated into a GNF Systems ultra-high throughput screening system and feed three Beckman Coulter CyAn cytometers. Our current system can read a 384 well plate in 15 min and a 1536 well plate in less than an hour. This allows for a throughput of approximately 40,000 wells per day with less than one full time employee overseeing the system. Also presented will be an overview of informatics tools used to process the large amount of data in real-time and in a fully automated workflow. As a result of this effort, we are running high throughput flow cytometry phenotypic screens across multiple disease areas to enable novel drug discovery at Novartis.