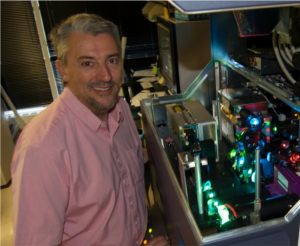 The Genetic Architecture of the Human Immune System: Accelerating Discovery of Autoimmune Mechanisms
The human body carefully regulates the number cells in the blood. For example, in healthy adults CD4:CD8 ratio is approximately 2:1; within CD4 T cells, the naïve:memory ratio is typically 1:1. Mechanisms that regulate these balances are poorly, if it all, known. Furthermore, disregulation in the homeostasis of these cells often accompanies or leads to disease. We hypothesized that insight into homeostasis mechanisms could be revealed by quantifying the heritability of the representation of leukocyte subsets in healthy related adults, and performing GWAS to identify the associated genetic loci. We developed seven 14-color immunophenotyping panels to quantify a broad range of leukocytes in PBMC from 668 healthy twins. Over 78,000 gates (subset representation) and nearly 700 MFI values (subset phenotype) were computed. Standard twin based heritability analysis was used to identify the top 150 independent traits, which were subjected to GWAS analysis. We identified 297 SNP associations at 11 genetic loci that explain up to 36% of the variation of 19 traits. We found multiple associations with canonical traits of all major immune cell subsets, and uncovered insights into the genetic control for regulatory T cells. Importantly, the data also revealed immune traits associated with loci known to confer autoimmune susceptibility, providing novel mechanistic hypotheses that link the traits to the etiology of diseases. Our data link genetic control elements associated with immune traits to autoimmune susceptibility, providing a shortcut to identify mechanisms. 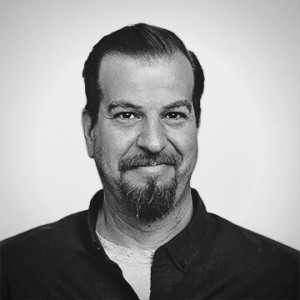 Pharmacodynamic analysis of cancer immunotherapeutics: attempts to feign some semblance of order
The immune system plays a critical role in eliminating precancerous lesions. Likewise, immune function can be manipulated in patients with cancer to prevent disease progression. Immunomodulatory agents, such as recombinant cytokines and monoclonal antibodies, act via the immune system to enhance tumor-specific effector cell activity. As a cancer center heavily involved in immunotherapy and early-stage clinical trials, we set out to standardize and qualify assays for immunophenotypic analysis across all in-house studies. We developed a set of assays with the robustness necessary for lengthy clinical trials while allowing some flexibility to ask questions specific to a clinical study. I will discuss our assay design and development process, current and future integration of automation, and concatenation of immune monitoring data with clinical observations. 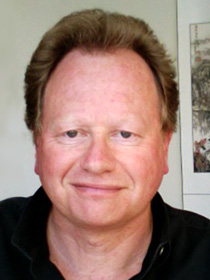 Neutrophils are an important source of pro-inflammatory cytokines, thereby conferring a regulatory role for these cells, in addition to their well characterized role as effector cells. I will present data showing production of IL-1b and IL-17 by human and murine neutrophil using flow cytometric and other approaches. 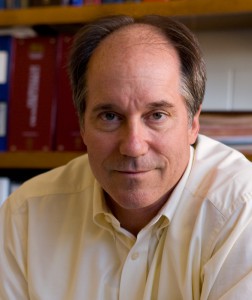 mRNA Assessment by Flow Cytometry using the Branched DNA Technique
Flow cytometry permits the simultaneous measurements of many biomarkers in individual cells from bulk populations. Until now analysis has been limited to primarily analysis of proteins and total DNA or highly abundant DNA sequences. Since most mRNA gene transcripts are present at very low quantities our ability to detect these by flow cytometry has been limited. The branched DNA technique amplifies the signal from a single mRNA species several thousand fold. This procedure allows for the determination of low copy number mRNA expression within a mixed population of cells and is compatible with antibody-based targeting of both extracellular and intracellular antigens. To show proof of concept, we used the technique to detect BCR and ABL transcripts in cell lines positive for the t(9;22) translocation. While, as expected, all cells had detectable BCR and ABL transcripts, cells with the t(9;22) translocation had quantitatively more BCR and ABL mRNA than those that were negative for the translocation. These results correlated with data obtained by RT-PCR. We have extended these investigations to the evaluation of human peripheral blood and the expression of CD8. We detected CD8 mRNA expression in both T cells and NK cells which correlated with protein expression. After stimulation with phorbol 12-myristate 13-acetate and ionomycin for up to 4 h, an increase in CD8 mRNA was detectable 30 minutes before increased CD8 protein was detected. These data were correlated with EOMES and T-bet protein expression to identify distinct subset of CD8 positive T and NK cells. Collectively, these results exemplify how the branched RNA flow cytometry labeling procedure can be applied to simultaneously assess mRNA and protein dynamics to gain insight into the regulation of gene transcription and translation in individual cells. 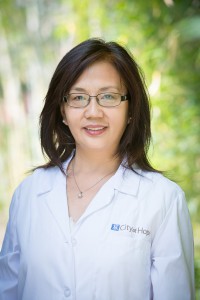 Novel CAR T Cell Therapy for Hematological Malignancies
Primary T cells expressing chimeric antigen receptor specific for a tumor or viral antigen have considerable therapeutic potential. T cells engineered with chimeric antigen receptors (CARs) recognizing CD19 can induce complete remissions of B cell malignancies in clinical trials. However, most studies demonstrate only modest clinical benefit following adoptive transfer, primarily due to issues relating to short persistence of the adoptively transferred cells in patients. To augment the antitumor activity of adoptively transferred T cells, we investigated the effects of re-stimulating CAR+ T cells through an endogenous cytomegalovirus (CMV) specific TCR using a CMV pp65 vaccine. CMV-specific T cells from HLA A2 healthy donors were selected after stimulation with pp65 protein and then transduced with cGMP grade SIN lentivirus expressing the CD19R:CD28:/EGFRt CAR. The resultant T cells were specific for both CMV and CD19 (bi-specific). Upon adoptive transfer into lymphoma-bearing NSG mice, the bi-specific T cells exhibited a high degree of proliferation and enhanced antitumor activity in response to CMVpp65 vaccine, indicating that CMV-specific T cells can be redirected to recognize and lyse tumor cells while maintaining their ability to proliferate in response to CMV antigen stimulation. The findings provide a new venue to improve the efficacy of CD19CAR T cells for the treatment of B cell malignancies.