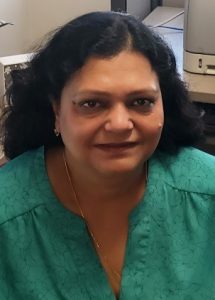 Abstract:
Recent studies have highlighted the role of inflammation and the immune system in the etiology of Alzheimer’s disease (AD). However, there is a key gap in knowledge regarding the immune processes in healthy aged individuals as compared to AD patients. To address this gap we have characterized the peripheral immune response of healthy aged subjects to Amyloid beta and compared it to AD subjects. The human studies have been complemented by in vivo experiments using the 5xFAD mouse model of AD. Using a combination of flow cytometry, multiplex assays and cell culture experiments we have identified potential immune parameters which may be playing a protective role in preventing AD in healthy aged subjects.

Anshu Agrawal, Ph.D., is an Associate Professor at UC Irvine in the Department of Medicine since 2004. She was a Research Scientist in the division of immunology at the United Nations research center, International Center for Genetic Engineering and Biotechnology (ICGEB), New Delhi. Subsequently, she won a scholarship to work in Paris, France. Her research expertise lies in the area of innate immunity, inflammation and aging with focus on human samples. She studies the age-associated changes in the functions of dendritic cells and their role in age-related pathologies including neuro-degenerative and respiratory diseases. 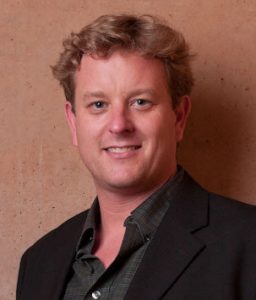 Abstract:
Microglia respond dynamically to A plaques, a key component of Alzheimer’s Disease (AD) neuropathology. In addition, genetic studies have further highlighted the importance of these brain-resident myeloid cells in AD. The recent development of iPSC-based models has provided a new tool to study human microglia, and yet these cells remain highly sensitive to their environment, undergoing significant transcriptional changes with cell culture. We therefore sought to develop a new approach to study the function, transcriptome, and interactions between human microglia and AD pathology in vivo. 5xfAD transgenic mice were backcrossed onto a xenotransplantation-compatible background (Rag2-/-,il2rg-/-,hCSF1) and then iPSC-derived hematopoietic progenitors (HPCs) were transplanted into P1 brains. Mice were aged for 2-8 months and then human microglia were isolated by FACS sorting for RNA-sequence analysis. HPC transplantation resulted in robust forebrain engraftment and differentiation of human cells into microglia. RNA sequencing and live imaging demonstrated that xenotransplanted microglia adopt typical ex-vivo human microglial transcriptomic signatures and rapidly responded to both systemic and localized insults. Examination of the interactions between human microglia and A plaques further revealed dramatic changes in microglial protein expression, including the adoption of a disease-associated microglial-like response. By combining patient-derived iPSCs, CRISPR gene editing, and chimeric mice we anticipate that this new model can provide new opportunities to examine the influence of AD risk genes on human microglial biology.

Mathew Blurton-Jones, Ph.D., is an Associate Professor in the Department of Neurobiology and Behavior at UC Irvine and the Director of UCI’s Alzheimer’s Disease iPS cell Core. His research uses stem cell and mouse models of Alzheimer’s Disease (AD) to examine the impact of AD risk genes on microglial function. By combining iPS-modeling and CRISPR gene editing with xenotransplantation, his group has recently established a new approach to study human microglia in vivo. 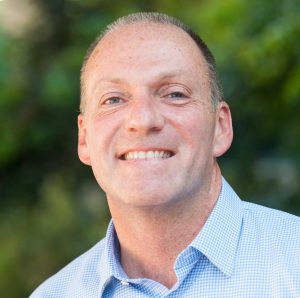 Abstract:
Relationships between genes and social behavior have historically been viewed as a one-way street, with genes in control. Recent analyses have challenged this view by discovering broad alterations in the expression of human genes as a function of differing socio-environmental conditions. This talk summarizes the developing field of human social genomics, and its efforts to identity the types of genes that are subject to social regulation, the biological signaling pathways that mediate these effects, and the cellular mechanisms involved. This talk highlight the key role that flow cytometry has played in elucidating the mechanisms by which sympathetic nerve fibers regulate the circulating leukocyte transcriptome by altering hematopoiesis in the bone marrow and extramedullary tissues.

Dr. Cole’s research utilizes molecular genetics and computational bioinformatics to analyze the pathways by which social and environmental factors influence the activity of the human genome, as well as viral and tumor genomes. He pioneered the field of human social genomics (https://en.wikipedia.org/wiki/Social_genomics) and supports a world-wide array of research programs in his role as Director of the UCLA Social Genomics Core Laboratory. His research has mapped the pathways by which social factors enhance replication of cancer-associated viruses (e.g., HIV-1 and HHV-8), alter expression key cancer-related cytokines (e.g., IL6, IL8, VEGF, and IFNB), and up-regulate metastasis-related genes by breast and ovarian cancer cells. His current research focuses on development of pharmacologic and behavioral interventions to block the molecular impacts of adverse social conditions on the health and well-being of cancer patients. 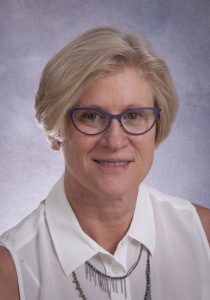 Dissecting disease-driving immune responses presents a major analytical challenge because they are generally mediated by concomitant effects of diverse immune cell lineages, which are highly dynamic and heterogeneous at both the individual and the population levels. Thus, highly dimensional single cell and systems-wide approaches are needed to comprehensively characterize the immune cells in health an disease. Helios mass cytometers can measure expression of up to 48 different markers per cell, making CyTOF the leading technology for discovering biomarkers of immune-mediated diseases. In her presentation, Dr. Guidos will discuss how she is using mass cytometry to deeply characterize complex cellular immune networks that underlie anti-cancer immune responses and autoimmune diseases. She will describe how her group uses clustering, machine learning and dimensionality reduction algorithms to automatically identify and visualize differences in subset distribution and functional states across samples in an unbiased fashion. Finally, Dr. Guidos will overview her use of Fluidigm’s Hyperion multiplexed imaging mass cytometry platform to analyze tissue sections stained with up to 30 antibodies at one time, thus enabling deep characterization of immune cell interactions within normal and diseased tissue microenvironments.

Dr. Guidos is a Senior Scientist in the Developmental and Stem Cell Biology Program at the Hospital for Sick Children Research Institute in Toronto, ON, Canada and a Professor of Immunology in the Faculty of Medicine at the University of Toronto. Her research program is focused on elucidating basic mechanisms of immune cell development, differentiation, and immune-mediated diseases. Dr. Guidos also has a longstanding interest and expertise in using flow cytometry and single cell analysis technologies to dissect anti-cancer and pathological immune responses.She is the Scientific Director of the largest research flow and mass cytometry core facility in Canada, where she established novel phospho-flow cytometry platforms for high through-put discovery of biomarkers that report on leukemia responsiveness to pathway-targeted leukemia therapies. To increase the dimensionality of single cell immune monitoring in health and disease,Dr. Guidos became an early adopter of”next-generation” mass spectrometry-coupled flow cytometry (CyTOF) to provide highly multiplexed quantification of single cells labeled with metal-tagged rather than fluorescently labeled antibodies.She is currently using this technology to perform high dimensional single cell profiling of immune cells within heterogeneous populations, such as peripheral blood and tissue samples, in order to identify immune biomarkers that distinguish between healthy and diseased patients, subtypes within a disease category, and effective responses to immune therapies.